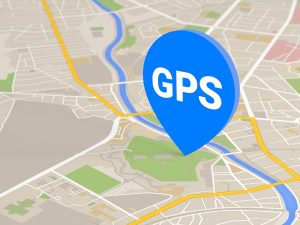 I recently received a phone call from a distressed farmer who had driven 4 hours from Southern Cross because the GPS device which attaches to his tractor had received a power surge and would now not boot up.  Farmers use these devices to track where they have sprayed  chemicals on a paddock or seeded a particular paddock and without this information they simply could not work.

Worse still was the time sensitivity of the job as the failure occurred whilst the farmer wa spraying chemicals and once they are mixed in the tank of the tractor the chemicals  can go off and lose their effectiveness. In addition it is impossible for the farmer to respray chemicals over areas that have already sprayed as the dual application of chemicals will kill the soil. 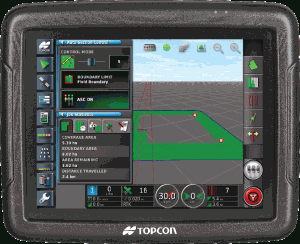 The picture above is the X25 model of the GPS systems distributed by Top Con  Farm Guidance Systems. The actual system that was delivered to me was the X20 model which looked turn of the century in terms of architecture eg a celeron 1GHZ processor , DDR 266 Ram running Windows XP.  Storage of the whole system was contained on a not so whopping 2GB   Compact Flash Card. The Cause of the Problem

At the heart of the problem was the Compact Flash Card ,  as seen above , although it was formatted with NTFS , I have gone into some depth about the fragility of the FAT file system elsewhere,  however because the flash card was only 2GB in size there was no room for a duplicate MFT ( aka Master File Table). I do not want to get into a discussion about filesystems but for the uninitiated it acts as an index for all the files contained on any storage medium and is used by the operating system to open / modify files. Part of it’s job is to record the location of the file on the drive/card.  the location of any file will  consist of an allocation unit called blocks and a large file  may consist a large number of blocks.  So if the MFT gets corrupted files cannot be read and the system cannot work.

Usually if you install any flavour of windows on a large enough drive / card 2 copies of the MFT are kept in case one gets corrupted however due to the small size of the Compact Flash Card there was only one copy and it was corrupted. This became obvious once we scanned the offending Compact Card with R-Studio and found there was no GPS data later than 2013.

Fortunately the farmer had brought along an identical GPS system which was working and this allowed to me see the contents of the files which contained GPS data and as it turns out these files were  not  complicated. They  were simple text files called paddock which contained some header info and a series of GPS co-ordinates.  The picture below is an example of such data. This then led me to believe I could perform a RAW RECOVERY and with luck recover the correct data. Raw recoverys are tricky as they rely on no information from the MFT but simply scan the whole storage medium block by block and attempts to identify files based on signatures.   The start of any file is easy to recognise however it’s end is not so easy and a successful RAW recovery requires that the file is stored contiguously on the disk however  if the file is a large file which has been edited many times then it is likely to have become fragmented and a raw recovery becomes difficult.

After performing the RAW Recovery and sifting thru the large number of text files restored we found GPS data  which looked promising , of course the next trick is to reincorporate that data into a running system which we were fortunate to have.  Reincorporating data often  requires  some guess work on my behalf as the internal workings of a computer program can only be as good as the design of the program  , anyway we managed to bring up the required maps which looked familiar and which were dated correctly.

As a footnote I phoned the farmer approx a week after performing the recovery to check that all had gone well and I was pleased to here the recovery had been successful. It’s important , certainly for billing purposes,  that I validate the success of the work.

I cannot repeat this point too often that whenever a business or enterprise relies on data to operate then it is essential that it should have a backup and disaster recovery solution in place.