This article is a guide on the different types of drives found in Imacs , Macbooks, Macbook Pros and Macbook Air computers. The need for  this article is due the fact Apple use many different and completely proprietary drives which make the task of data recovery that much more complicated.

The picture above is of the most common solid state drives found in macbooks, macbook pros, macbook air and imacs. The the interfaces on the drives are completely proprietary unlike the standard M2 interface found on modern PC motherboards.

These machines use a standard 2.5 inch hard drive with a sata interface the type found in most laptops. This  drive uses a proprietary 6+12 pin connector, however it used an mSATA III protocol which limited transfers to 6Gb/s; Adapters exist for 6 + 12 connectors to enable recovery of data. 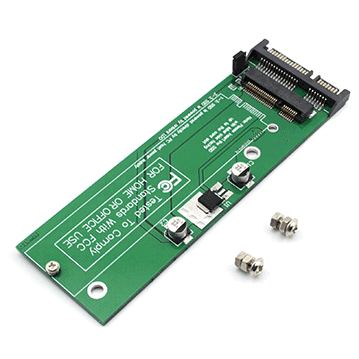 The Late 2012 and Early 2013 iMacs introduced the Fusion Drive. The Fusion Drive joins a mechanical hard drive with a smaller capacity solid state drive.  The 2 physical drives are displayed  as a one logical volume, fusion frives improve file access by caching more frequently accessed files on the SSD. The majority of the files are stored on the HDD.

Failure of the SSD could cause a complete loss of the filesystem and meaning data could only be restored by performing a raw recover on the mechanical hard drive. 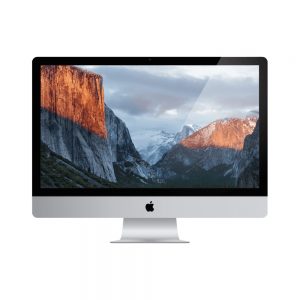 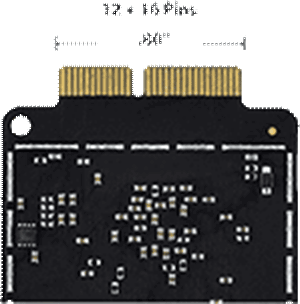 Although these 12 + 16 ssd’s look the same as the above they performed roughly twice that as fast. They used a PCIe 3.0 protocol to the SSD, giving them the doubled read / write speeds. Adapters exist for both these SSD 12 + 16.

Only the 13 MacBook Pro without a touchbar has a removable SSD although I am unaware of any adapter for this type of SSD.

All of the MacBook Pro laptops with a Touch Bar  SSD is soldered to the logic board . 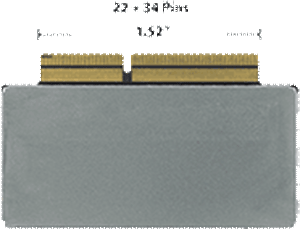 Nearly all macbooks , macbook pros and macbook air after 2018 do not have a removable SSD. So should the logic board fail data recovery becomes near impossible. It is becoming the case that prevention is the only cure so backups to the cloud or anywhere become essential.