Diagnosis of a damaged PCB

(Bad USB interface, Bad Initio  controller, Corrupt U14 /U12 ROM, Some bridges will not ID themselves until  a hard drive is found) 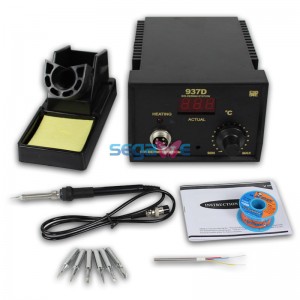 I want to talk specifically about the need to transfer the ROM/BIOS chip identified above when swapping over PCB’s and normally this is done with a Hot Air rework station , see picture below.You use the heat gun to heat the ROM chip to 400 degrees or so , examples of the technique can be found on youtube see http://vimeo.com/108587261

It is also possible and in my opinion preferable to use a separate ROM programmer which can both save the ROM from the client PCB and write to the donor PCB.

I use a Willem programmer , see pic below

Once you have mastered this technique a transfer of the ROM Bios from patient to donor can be achieved in 10 minutes.  Not only is this less intrusive and less dangerous than hot air rework there are other benefits which include

It should be noted that using  this technique is not always possible and this is especially true with portable 2.5 inch drives which have the USB interface connected directly onto the PCB however most PCB’s with a sata interface be they 2.5 inch or 3.5 inch can have their ROM’s read with this technique.